During an assignment at the Energy Systems Catapult, we were bidding for energy sustainability projects in Colombia in partnership with – and competing against – several other Catapults under Innovate-UK.

Forget the cultural excitement: in all my international experience I’ve never been quite so bowled over by a first visit to a new country. I found not just a tremendous appetite for innovation, but a full complement of skills, infrastructure, and forward-thinking mentality to deliver on their ambitions, not to mention the warm friendly welcome wherever we went!

Once the trade mission was confirmed, I had many “helpful” suggestions on what to watch or read about the country and its “international trade” outside the energy sector, but I resisted all temptation until my return!

Anyone who’d actually been to Colombia was full of envy, so that, with the added confidence of the UK’s Foreign & Commonwealth Office as hosts, I got excited about my first trip to South America.

But why Colombia as a launchpad into South America?

This is a bold claim based on the experience of a single visit, but it was such a transformative experience – both culturally and business-wise – that I feel compelled to share it! The FCO were outstanding hosts – knowledgeable, connected, and dedicated – and in just a few weeks, they’d set a crammed 4-day agenda meeting with start-ups, incubators, and entrepreneurs, as well as energy corporations, government, and universities.

A great start, but there are two stand-out reasons for choosing Colombia to launch trade in South America:

Colombia’s geography is dramatic, stretching from Panama in Central America, with Pacific and Caribbean coastal regions separated from the Amazon and Orinoco Basins by three ridges of the Andes mountains, and bordering Quito, Peru, Brazil, and Venezuela in South America.

We had just a small taste of that geography, visiting Bogotá, the government and administrative capital, and flying to Medellín, the business and technology capital where the energy lies, in all senses. Both cities nestle in high altitude valleys at 2,644m and 1,495m, and only 130 miles apart, but it’s an 8-hour drive – hence the flight!

Medellín – a striking demonstration of collective will for change

Medellín is synonymous with Colombia’s drugs notoriety: Pablo Escobar dominated the city with his ruthless empire, but also commanded reverence from some as their only hope and provider. The city’s dramatic setting is partly to blame: much like the favelas of Brazil, “comunas” housing sprawls up the mountainside with no infrastructure or planning, making it impossible to reach the city for a day’s work. The poorer populations often felt disenfranchised by government, leaving them vulnerable to exploitation.

But such was the stranglehold of the drugs trade on the city’s livelihood that in the mid-90’s that the whole city said “Enough!”, and embarked on a process of regeneration. Government, academia, banking and industry all set about changing the dynamics in a concerted and collaborative fashion rarely seen in the west.

They began with transport investment to connect people and work, first with the Medellín Metro, and then the spectacular Metrocable – a gondola that halved the commute from the comunas to the city centre.

Regeneration continues still, investing in education, libraries, public spaces and culture, and attracting tourism to the city, but sadly, as this Cherwell article from Oxford relates, the struggle is far from over.

Sustainable energy in Colombia: top class support from the FCO

It is always easy to criticise a government for its effectiveness – it’s a national pastime – but the thoroughness, enthusiasm and efficiency shown by the UK’s trade team was extraordinary. Our itinerary was filled with relevant constructive meetings, with our hosts guiding us as we met potential partners and collaborators.

Our proposed project was to bring UK expertise to bear on the Colombian Government’s ambition for improved access to energy by deploying smart meters across the population. Unfortunately, we lost out to a bid from the Satellite Applications Catapult, but nevertheless built invaluable relationships for future engagements.

So, if your ambition is to win business in South America, start by taking a good look at Colombia, and make sure to enlist the support of the Foreign Office and the Department for International Trade.

Footnotes: read on for more about Catapults, Colombia, and travel tales…

The Catapults are a brilliant initiative, envied and copied by many around the world. They can be a little random in focus and operation, but be in no doubt – they perform a valuable function for UK innovation. Arriving from industry into this quasi-government environment, the most frustrating aspect is that the Catapult remit is that they must neither compete with industry, nor do something that industry could themselves, even if they’re not. That often blocks programmes that could have glaringly obvious positive impact, whilst sometimes embarking on wasteful or fanciful projects that would never pass muster in the private sector.

Catapult remit post-Brexit?
Whether that is down to a gap in capacity, or the strictures of being an instrument of government is for debate elsewhere, but it will be interesting to see if those restrictions on the UK’s 11 Catapults might ease as our post-Brexit “self-determination” becomes more of a reality……….or perhaps the appointment of a semiconductor veteran at the head of Innovate-UK will bring fresh insights and direction?!

2. Developing an International Strategy for the Energy Systems Catapult

Previous consulting engagements gave me several years’ exposure to energy and renewable markets, working first at Amantys in power electronics, and then with several projects for their acquirer Maschinenfabrik Reinhausen (MR). I then had a call about an “interesting assignment”, developing and implementing an international strategy for energy for Innovate UK’s Energy Systems Catapult.

3. What not to watch or read before you go… but definitely after!

Everyone I knew who had never visited Colombia told me I should watch “Narcos” on TV before I went, following the charismatic but murderous Pablo Escobar and the story of his stranglehold over the country with his uncompromising drugs trade. Everyone I knew who had actually visited the country told me in envious tones what a fantastic place it was to visit, and with the Foreign Office as hosts, we’d be in safe hands. One of those who recommended the trip has now moved on from “Sat Apps” to live in the country!

Narcos is compulsive viewing, if sometimes repulsive in equal measure, whilst the BBC’s Frank Gardener wrote “Crisis”, a murder investigation of a British intelligence officer in the steaming Colombian jungle – both highly recommended!

4. The role of sport changing lives

If you want to read a heart-warming story of how serendipity and sport can change people’s lives, take a minute to read about how the fortunes of a young girl in Medellín were transformed by the brutal murder of one girl friend, whilst another had bet her £4 that she “was too fat to play rugby”.

Landing back at Heathrow on a Friday morning, it seemed there was someone famous on board with a film crew reception waiting on the jetway as we disembarked… (Is Tino Asprilla on board? He’s the only Colombian instantly recognisable in Newcastle city centre, and the reason everyone in Colombia has heard of Newcastle United?!)

A stark reminder of the realities of Colombia
But no, the sniffer dog and the film crew’s border control uniforms showed they weren’t the usual paparazzi, but maybe just a daily reception routine? For all my positive experiences, here’s proof that the drug war endures.

Unhappy landings at Heathrow: what not to bring home
Lest I needed reminding of where I’d just been, my bag took well over an hour to tumble out in arrivals, contents unceremoniously stuffed back in, crumpled suits and all, as I later discovered. My wife enjoyed the fabulous coffee I’d brought home, but maybe “next time”, I’d take any sealed aluminium bags with me in hand baggage? 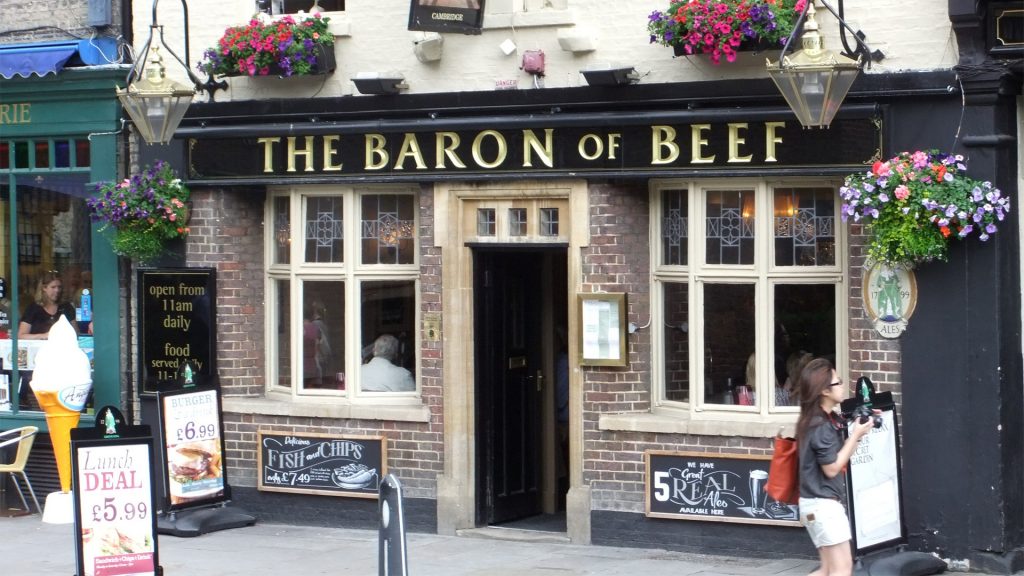 PrevPreviousMe: “Hi Apple – I’ll put you on line-stop next Thursday.” Apple: “Thanks – keep us posted!”
Next“If you’re not in Silicon Valley, you’d better be in Cambridge” (*)Next